Thank you for visiting the Parkwood Institutional Christian Methodist Episcopal Church website. We are a congregation that believes that the Kingdom of God is comprised of all who have accepted Jesus the Christ as their Lord and Savior and have put their faith in Him to lead us from this life to eternal life in the home that He went away to prepare for us. We welcome all mankind to join together with us to worship, praise and magnify the name of the Lord as we serve Him with gladness in our hearts. God has equipped us with His love in order to serve our fellowman and be a beacon of light and hope in the community. He has enabled us to open our hearts and arms to the world to let them know that Jesus loves us all and has need of all of us.
We are very intentional to provide meaningful ministry and encouragement for our entire membership, as well as an excellent Children’s Church ministry for our younger children. We are both a serving and a teaching church with opportunities for everyone to be a participant in the work of the Lord.
Our focus is, to Love the Lord our God with all our hearts and with all our souls and with all our minds, for when we do this we will be intentional in loving all men as the Lord has commanded. Please stop by and worship with us and see if perhaps this is the place the Lord would have you to worship, serve, and grow in your relationship with Him.
With intentional love and compassion, 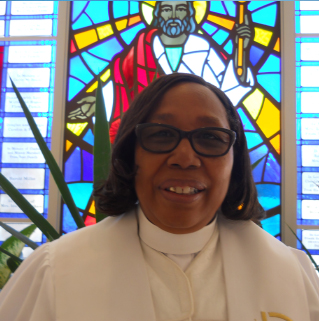 Rev. Cathy C. Jones is the third of four children born to Mary Stone Cross and the late Cecil Cross, Sr. born and educated in Chatham County, North Carolina where she was in the first graduating class of Northwood High School in Pittsboro, North Carolina. She continued her education at Central Carolina Community College in… 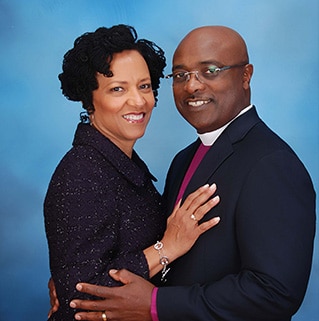 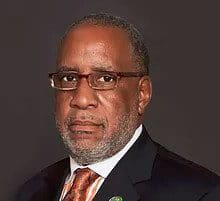 The next step in the forward progress of Williams Tabernacle was in 1908 when the place of worship was moved to a store front on Plum and Boundary Streets in the Brooklyn Community, Charlotte, NC.

The property was later purchased for $850.00 from Dr. John T. Williams, a prominent African American doctor in the City of Charlotte. The Bishop R.S. Williams was the first to make a pastoral appointment to the church.

Subsequently, the church was named Williams Tabernacle in honor of Dr. J.T Williams and Bishop R.S Williams. Bishop Williams also assigned the next two pastors to the church Rev. Pettyford, and Rev Langford. Rev. Langford was attended Biddle University which is now Johnson C. Smith University In the following years up to 1934, several pastors were assigned that made a tremendous impact on the growth and development of the church. ( Reverends J.T. Christian, W.L. Lyles, W.W. Thomas, W.S. Blane, S.W. Womack, H.A. Washington, F.L. Fulwood,  B.Golphen, Willis, and W.D. Miller).

In 1934, Reverend H.B. Jackson was sent to be the pastor of Williams Tabernacle and during his this time the new building was started. Rev. Jackson was a skilled mason and he along with members of the congregation were able to complete the basement. The basement was used as the place of worship for many years.

The accomplishments of the next group of assigned pastors, (Reverends G.F. Judd, S.E. Harris and Dr. J. H. Davis) included the organization of a group called the Willing Workers, starting a Bargain House sale, the replacement of the roof on the church, the purchase of a furnace, departmentalized and instituted teacher education the Sunday School Department.  Reverend Dr. J.H. Davis was the pastor when Urban Renewal began in Charlotte as well as other areas in the United States. Urban Renewal meant re-location was mandated by the government. Neighborhoods like Brooklyn were purchased for very little money, torn down and later re-established as government buildings or “big business.”

In 1964, Rev. Warren Foushee from St. Joseph CME Church in Chapel Hill NC. was appointed pastor of Williams Tabernacle. Under the leadership of Rev. Foushee a decision was made to purchase an edifice located at 1021 Parkwood Avenue in the Belmont Community. With this move Williams Tabernacle C.M.E Church was re-named to Parkwood Institutional C.M. E, Church.

In 1969, Rev.Will Chambers a newly appointed pastor came to Parkwood from Washington DC. During his two year tenure, the 8% Savings Plan was instituted, Senior Choirs 1 and 2 and the Young Adult Choirs were combined, a fun night for young people was initiated and a church newsletter was created. He later served for many years as Presiding Elder of the Durham District.

In 1971 Rev. C.M. Allen came to Parkwood from Lampkin C.M.E. Church in Louisville, Kentucky. He remained at Parkwood for eleven years and was responsible for the addition of many programs.  The revision of the Music Department included a Senior Choir, the Cathedral Choir, the Gospel Blue Notes, the Sun Beam Choir, and the Buds of Promise. Organizations such as the Methodist Men’s Fellowship was formed and a Day Care was housed in the facility to service children within the neighborhood and surrounding areas. In 1975 eight members from Parkwood were asked to become charter members for the new church that was purchased in the Hidden Valley Community. That Church was named Faith CME Church; thus Parkwood became the mother of this newly formed congregation.

In 1982, Rev. Rayfield Medcalf from Israel Metropolitan C.M.E. church in Greenville South Carolinas was assigned to Parkwood. Under his leadership, Parkwood continued to grow in spirit, membership and finance.  In 1997 he was instrumental in leading the church to purchase seventeen acres of land on Tom Hunter Road in the Hidden Valley Community. An additional five acres were added later. His vision to build a new edifice on the newly acquired property came to flourision on December 19, 1999. At 8:00am and 9:30am respectfully, the last Worship Service and Sunday school were held in the Parkwood at 1021 Parkwood Avenue. At 11:00 am the first Worship Service was held in Parkwood at 802 Tom Hunter Road. Rev Medcalf pastored Parkwood for nineteen years and presently holds the record of having the longest tenure of any pastor assigned to Parkwood.

In 2000, Rev Dr. Roderick D. Lewis, Sr. was appointed to Parkwood from the New York/Washington Conference where he served as a Presiding Elder of one of the Districts. Rev Lewis with his background, knowledge and experiences by working on all Connectional Levels of the CME Church was able to lead the congregation in a new direction and focus. More of the Generation X were attracted under his leadership. Leaders were educated on their roles and expectations. The New Members Class was expanded and took on a new meaning. The weekly Bible Study included the study of the Bible as well as other religious literature. Order and structure was felt by everyone. The members became more interested and involved on all the connectional levels and were able to appreciate and experience the church beyond the local level.  In 2010, Rev Lewis was elected to be the General Secretary of publication elevating him to the role of a General Officer.

In 2010, Rev. Dr. Cathy C. Jones was appointed to Parkwood from Prince Chapel CME Church in New Hills, NC.  Rev Jones was the first female pastor to be assigned to Parkwood. Under her leadership the Church has felt an anointing spirit from the messages

that are delivered by her. Her reputation as a powerful speaker and a true woman of God has traveled throughout the City of Charlotte including other surrounding areas. Under her leadership, the property owned by the church on Sylvania Ave. was sold and a new sound System has been purchased that provides the ability to live stream Sunday and special services at Parkwood.  Pastor Jones is in her seventh year as pastor of Parkwood and continues to lead her congregation to higher heights.

There have been many energetic and enthusiastic followers in the founding and continuing growth of Parkwood Institutional Christian Methodist Church. Many names were not mentioned in this brief history but contributed greatly to the longevity and strength of this great church. Their accomplishments will never be forgotten their hard work is greatly appreciated by those who have benefited from all that they did, all that they modeled, all that they taught us. The loved of God, the love of the many soldiers who are here now and those who have gone on to glory will remain with us through the legacy of Williams Tabernacle, Now Parkwood Institutional Christian Methodist Episcopal Church.